In the old days, stealing was condemned more than any other misdemeanor. The punishment was appropriate – as severe as possible. Often the thief paid with a lifetime of mutilation. Fortunately, those times have passed and the punishments are now much more humane.

Nowadays, theft can be punished with a small fine. It all depends on the circumstances, the extent, and the reasons for the offense.

With the development of digital technology, the appearance of modern online sports betting services, and gaming tools, theft has moved from the category of physical to virtual, and theft began to steal valuable information and confidential data.

But is it possible to say that the reason is only about money and that the offender goes “into business” solely with the thought of personal gain?

The motives for hacking, especially virtual hacking by means of penetrating a company’s or a single person’s secret infrastructure are varied, as are the methods used for such purposes. 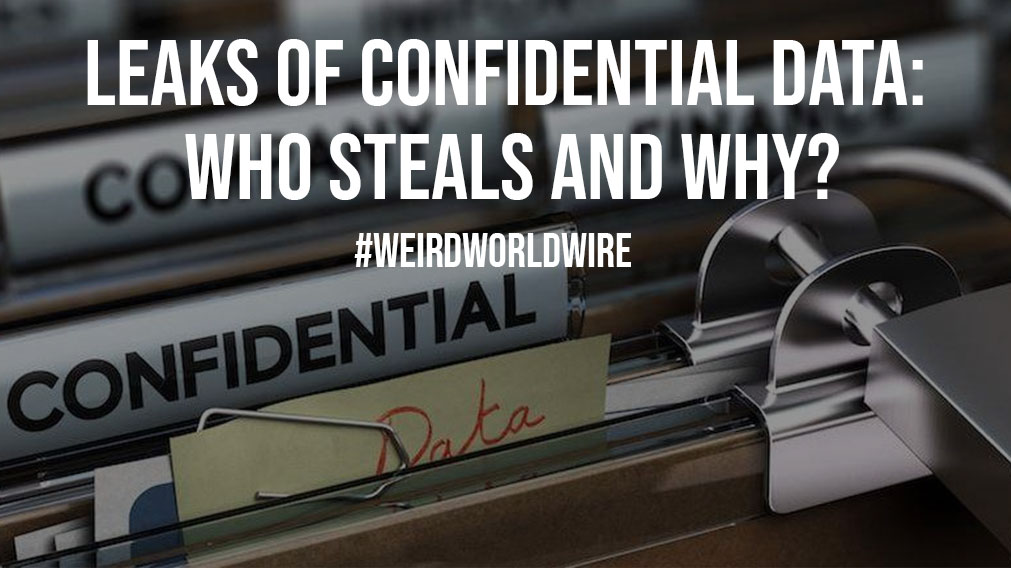 Here are some examples of the most common reasons for theft.

Cybercriminals access thousands of websites every day. Attackers use them for a variety of tasks, which include creating phishing pages, sending out SEO spam, etc. According to a study by Check Point Software Technologies, the number of cyberattacks in 2021 is up 40 percent from 2020.

Small business owners mistakenly believe that they have nothing to fear because hackers are not interested in their activities, but that’s not true. In a previous article, we already mentioned that attackers have no clear selection criteria based on the size of the company or the number of employees in it.

Often it’s just a matter of chance which company will be attacked today.

The key reasons for a hacker attack are:

So, if everything is more or less clear with the motives of hackers, the reasons for theft by employees are not so obvious. It would seem that why bite the hand that feeds you? There can be many variations.

The most common reason for theft by employees is precisely the desire to “hurt” the boss. Studies show that over 75 percent of the employees, who committed the crime, dream to take such revenge on their management because of the deprivation of promised bonuses, non-payment of salary, absence of career growth, or undeserved, in their opinion, dismissal.

It’s worth mentioning that in companies with no corporate culture, employees steal more often than in organizations with democratic views.

There is a type of person who tends to get an easy gain. They steal not for a specific purpose, but out of a desire for an adrenaline rush. Such employees, at first glance, do not give themselves away in any way. They are sympathetic and friendly, often become the soul of the company, and quickly gain the confidence of the management.

They would not work for the company for years, they would be enough for a few months to achieve certain career successes and earn a good reputation. And then, as soon as they feel that “the time has come”, they will easily slip away with a bunch of confidential data, without leaving a single trace behind them.

The crooks might not even make them public afterward, but the very fact that they stole it will give them indescribable pleasure.

There are cases when an employee commits theft not on his or her own initiative, but as a result of collusion with third parties.

For example, an average sales manager is promised a warm seat, a decent salary, and a high position on the client’s side in exchange for a database from his current place of work.

As a rule, such deals are made as a result of creating an interpersonal relationship between buyer and seller, which is not surprising, since the sale quite often involves personal connections. Not the fact that the deal “on friendship” will actually take place, but the process will be unstoppable.

Not always the first but also far from the last reason for insider theft. Often employees, just like regular hackers, use their powers solely for personal gain.

Taking advantage of their official privileges, they can easily get hold of any secret information and sell it to the stock exchange for their six-month salary. A standard idea for those who are not afraid of being compromised.

For the more intrepid, there is another way out – to blackmail the boss. In this case, the money prize is still questionable, but the options of ending up in jail are increasing in front of our eyes.

Sometimes theft is completely unintentional. A simple example – an employee prints out confidential documents, and, distracted by a cup of coffee with a colleague, leaves them on the printer.

At the same time, a cleaning lady, dusting them off, throws them in a trash can as they aren’t needed, from where anyone passing by can pick them up and make them public in order to gain self-serving benefits, extortion, or blackmail.

As a result of the investigation, if the source of the lost documents is discovered, it will be the employee who left the documents at the printer that will be punished, and how fair it will be is a second question.