The whole premise of playing most video games is that you have to suspend your beliefs even if momentarily. The gaming experience is different for everyone; it affects everyone differently, and can even change the life of others.

That said, there are a lot of things that happen in video games that no one asks or talks about. Most people ignore these things because they know they would not happen in the real world, while some people make note of them. 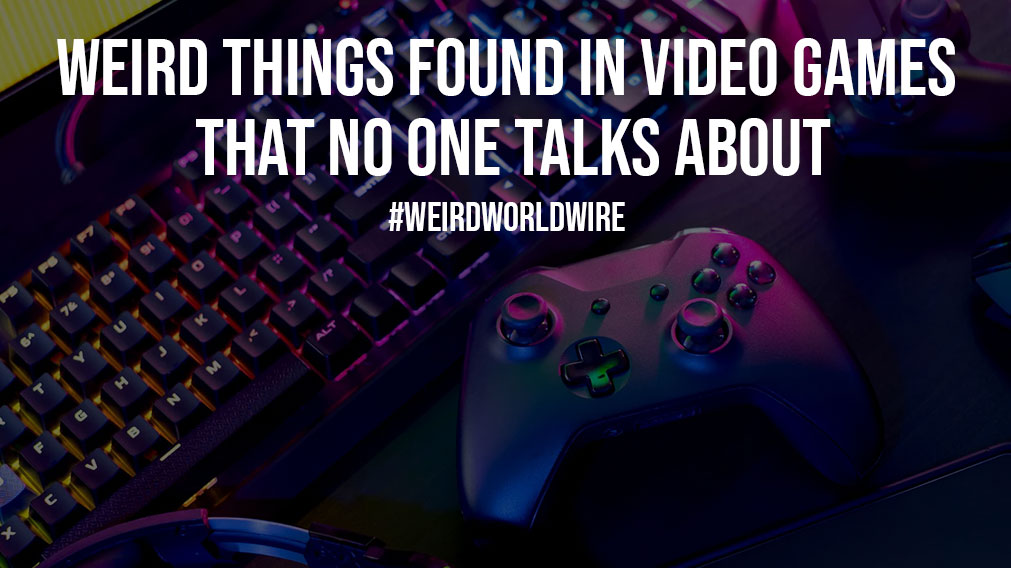 Video games are full of things we would rather not think about, and here are some of the weirder ones.

If you believe that humans are not the only intelligent life in the universe, you believe aliens exist on other planets and galaxies. What language would these aliens speak? We do not know, but it probably would not be English.

The Mass Effect series has aliens who speak English. We have to give the franchise some credit because they do try to explain why the aliens in the games can understand and speak English. It is this explanation that makes most people dismiss this so they can enjoy the game.

Many games do not explain why this is so even though some aliens in the games look very different from us. We understand that a universal language is needed to ensure good gameplay and so developers do not have to invent new languages for all aliens, but it can be weird once you start questioning it.

Also Read: Weird Websites – 21 and a half of the best

A great example is in the Fallout series whose graphics and gameplay are so rich that it is best enjoyed on an RTX gaming laptop. Players can max out their attacking skills which can make them more effective and dangerous, but even then, bullets do very little damage to their enemies’ health bars.

In some games, a melee attack can do a lot of damage, but you may need several bullets to dispense with an enemy. Things get even more confusing when players need to play stealthily, where melee attacks are amplified, and bullet damage minimized.

In real life, we have finite space for everything we own and everything we would like to carry. If we need to own or carry more, we need to either procure additional space or get rid of some of the things we own.

This does not happen in many games where a character can have as much space as they need to carry anything and everything they want. Many games do not address this and allow a character to have unlimited inventory space.

They can carry dozens of portions of treasures, shields, weapons, bows and everything else they need without having to make space for any extra items they collect along the way. Most players do not question this because they want to have everything – even some obscure objects – available to them wherever and whenever they need them.

Wearing Armour All the Time

Armour can be incredibly helpful in a battle where a player needs protection against an antagonist. But there are lots of games where the characters never take their armor off, making it seem like they are ready to go to battle at any time. A great example is in the Final Fantasy series where characters don their armor throughout the game.

Some developers take this even further, letting their characters wear the same clothes throughout the game.

This leads to questions like does the main character take off their armor or clothes to sleep? Do they have clothes for special occasions? Fortunately, we do not have to think about it too much as these are virtual worlds and characters.

Games like Hitman do a great job of avoiding this by allowing Agent 47 to change clothes whenever the player wishes.

Also Read: 5 Weird Things to do in Las Vegas Besides Gamble

Horses That Take Care of Themselves

Horses need care in real life. If this is the case, why is there no component of caring for these helpful friends in almost any game? One culprit we can mention here is Skyrim which has horses that need no care or maintenance. Also, there are games where the objective is to care for horses and other animals, but these are an exception.

Ensuring that your horse has had enough food, water and rest are crucial, but it is also hard work. Maybe this is the reason why developers do not want to make it a part of the game.

Even when games are asked to suspend their beliefs as they get into virtual gaming worlds, there are a few things we cannot ignore. These things seem even weirder when we start thinking about and questioning them deeply.